Vicente Romero Redondo is a Spanish painter born in 1956 in Madrid, who from an early age revealed his remarkable ability to draw.

He entered the prestigious École des Beaux-Arts San Fernando, (the same place Dali had studied), which he graduated from with a distinction in 1982.

He then travelled through villages, crossing Spanish islands and following the coastline, producing portraits and taking inspiration from his natural surroundings while constantly perfecting his technique. 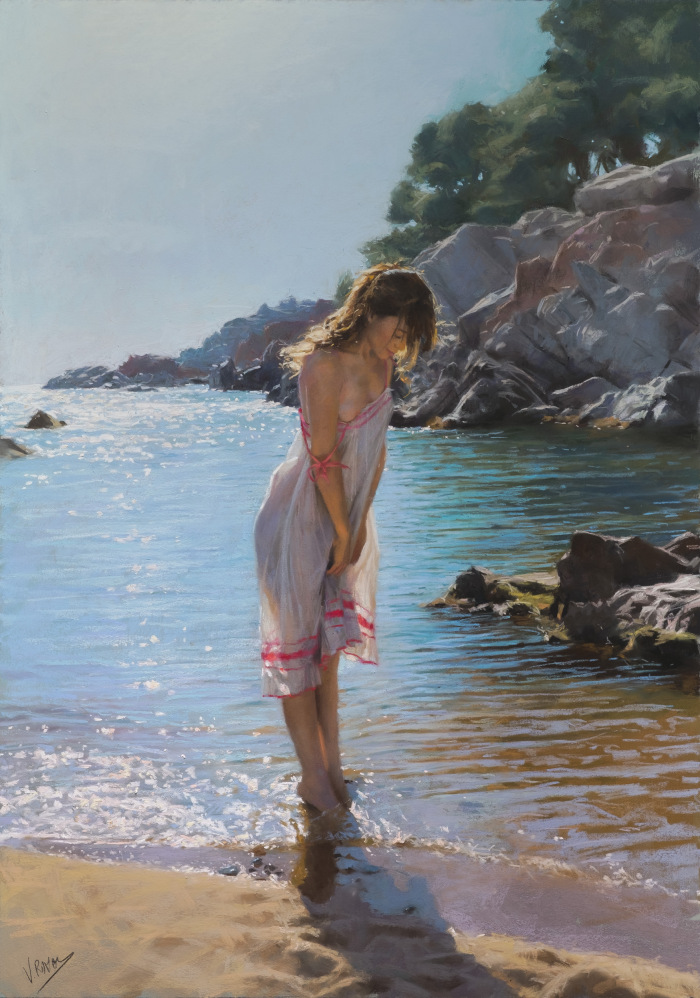 Young woman with feet in the water 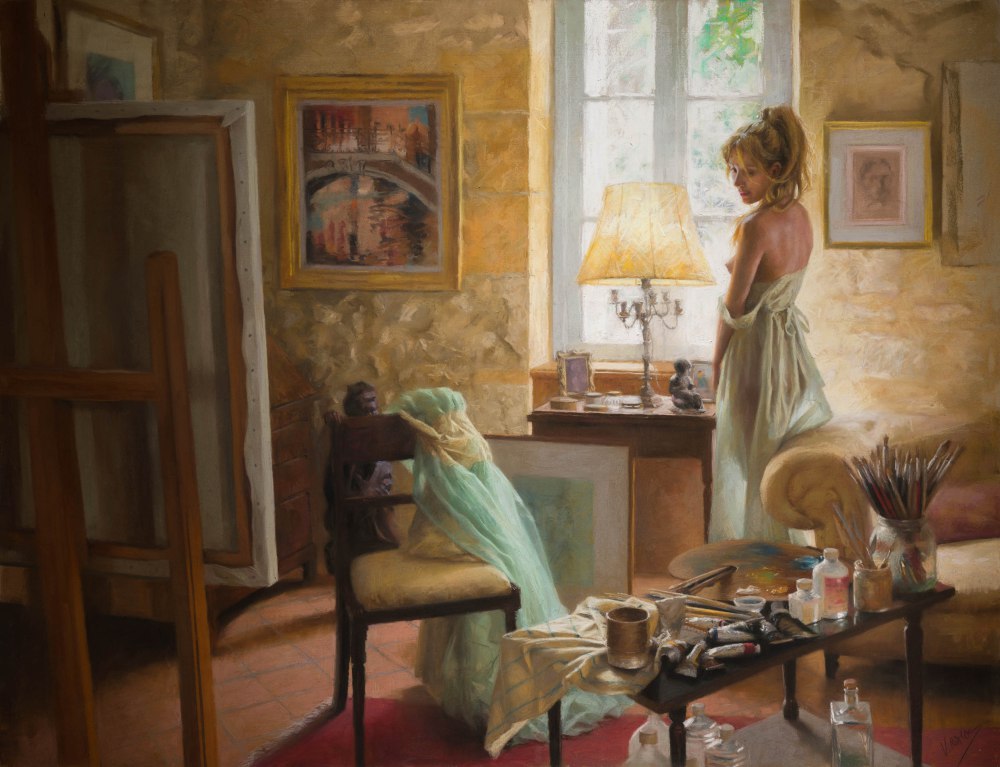 Young woman in the studio